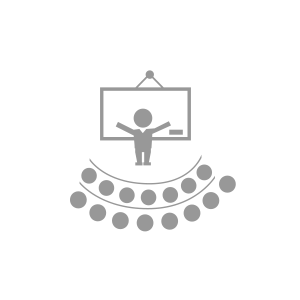 Panel: Impact of the recent conflict in Ukraine on migration.Panel chairs:Yana Leontiyeva, Institute of Sociology, Academy of sciences of the Czech RepublicIgnacy Jóźwiak, Centre of Migration Research, University of WarsawDiscussant:Olena Fedyuk, University of Strathclyde, GlasgowAbstract:Since the end of 2013 Ukraine faced a series of tragic events launched by large civic protests violently suppressed by the incumbent regime. The involvement of the Russian Federation in domestic Ukrainian politics and its support for separatist moods destabilised the situation in 2014 even further, leading to the annexation of the Crimea and military conflict in the eastern part of Ukraine. The number of military and civilian casualties in this hybrid war is still growing. Changing economic, political and social situation and, most importantly, security risks in the conflict zones already had an impact on Ukrainian migration patterns both domestically and internationally. The exodus of civilians from annexed peninsular and the conflict zone is already sizable. According to the UNHCR estimates by the end of November 2014 the number of internally displaced people in Ukraine almost reached half a million. The number of cross-border movements, especially towards Russia is also very high. The conflict is not solved yet and it is clear is that many Ukrainian refugees will not be able to return home due to the destruction of property and infrastructure and may not be willing to do so because of security concerns and the lack of job opportunities. The attitudes of Ukrainians towards their internally displaced compatriots also represent an important avenue of future research because there is a risk of growing intolerance and social conflicts.The aim of this panel is to attract contributions addressing the impact of the conflict in Ukraine on the volume, character, composition and direction of the migration flows. We are especially interested in new immigration to EU, as a consequence of the conflict and on the basis of previous network of Ukrainian migrants already established in different EU countries. We also welcome papers discussing the impact of conflict on individuals who emigrated before 2013 (impact on migration intentions, migration decision-making and the actual patterns of return migration / permanent settlement /re-emigration to another country). Finally, we are interested in discussing the impact of the conflict on Ukrainian Diasporas in different EU countries, especially the degree of mobilisation and changing social interactions between the migrants and hosting society. Please send the abstracts of you contributions (up to 250 words) to Yana.Leontiyeva@soc.cas.cz.The deadline for the abstracts is on the 11th of January 2015.